The Beginning of the World’s Best UFC in MMA

This time I will write the second part of the MMA world history.
In the previous lecture, we unraveled the roots of MMA, and

I would like to introduce the situation in the early days of MMA.

As I explained in my last lecture, the predecessor of MMA is NHB. The mainstream fighting style in NHB was instinctive: punching, knocking down, punching again, and sometimes kicking.

The inaugural “UFC 1” event had a lineup that resembled a fighting game, with boxers, kick boxers, professional wrestlers, sumo wrestlers, karate fighters, and jiu-jitsu fighters from all walks of life competing to be the best. As you may have noticed from the previous lecture, all of the above fighters are fighters who use their own martial arts, not those who have acquired MMA skills.
In UFC 1, biting and metal strikes were banned, but head-butting was allowed, so it is probably more appropriate to say that this was a transition period from NHB to MMA.

UFC 1 matches were held in a 1-day tournament format instead of a one-match format.
There were eight fighters in the tournament, and the winner had to win three matches in a row. The matches were very different, with each fighter focusing on his or her own fighting techniques, but the one who shone the brightest was the jiu-jitsu fighter “Royce Gracie,” who won the tournament by winning three consecutive matches by Ippon with astonishing strength.

Even if you’ve never heard of Royce Gracie, you’ve probably heard of Rickson Gracie.
Rickson Gracie is a legendary fighter who has shown the strength of Jiu-Jitsu with his undefeated record of 400 fights, and although there are many opinions about his true strength and undefeated record, he is a talented fighter who has been a part of the early days of MMA from NHB.
Rickson Gracie’s (half-brother) brother is this Royce Gracie. (In this blog, we refer to players by their last names, but since there will be more than one Gracie player, we will refer to him as “Royce” or “Hickson” instead of “Gracie”. 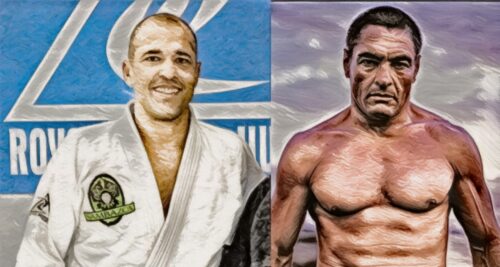 In NHB, which has always been close to fighting, quick punches and tackles have been the preferred method of attack. Jiu-Jitsu, on the other hand, is at the opposite end of the spectrum. Jiu-Jitsu is based on theoretical and deliberate techniques like Tsume-Shogi (chess game), and is far removed from fighting, which is why it was not favored or even recognized in the NHB era. However, with the huge popularity of Jiu-Jitsu created by Royce in UFC 1, everyone involved in MMA has been forced to recognize the importance of Jiu-Jitsu.

A Whirlwind of Jiu-Jitsu Arrives in Japan

Starting with his win at UFC 1, Royce began to impress the MMA world with his theory that he was the strongest in jiu-jitsu, and eventually the whirlwind of jiu-jitsu arrived in the Japanese MMA world.
His brother Rickson, who Royce admits is “ten times stronger than me,” choked out popular Japanese wrestlers Nobuhiko Takada and Masakatsu Funaki, and put Japanese fans in jiu-jitsu hell.
In Japan’s PRIDE, a new jiu-jitsu star, Antônio Rodrigo Nogueira, used his superior jiu-jitsu techniques to win by Ippon and continue his undefeated streak. 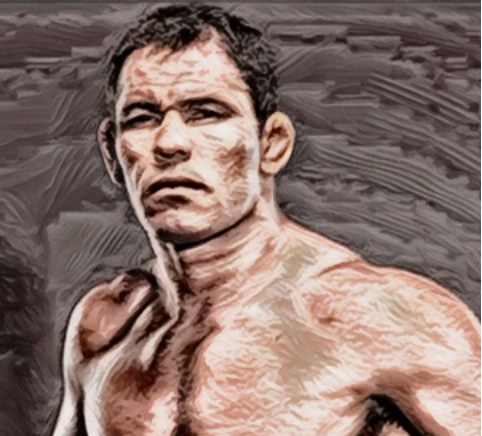 In this article, I introduced the rise of jiu-jitsu in the early days of MMA. However, MMA is a sport that needs to be able to adapt to all kinds of martial arts, so it is not a world dominated only by jiu-jitsu.
In the next article, I will introduce the world of MMA after the whirlwind of jiu-jitsu.

The origins and history of MMA (Mixed Martial Arts) will be explained in an easy-to-understand and logical manner.